The Golden Ratio in graphic design and typography 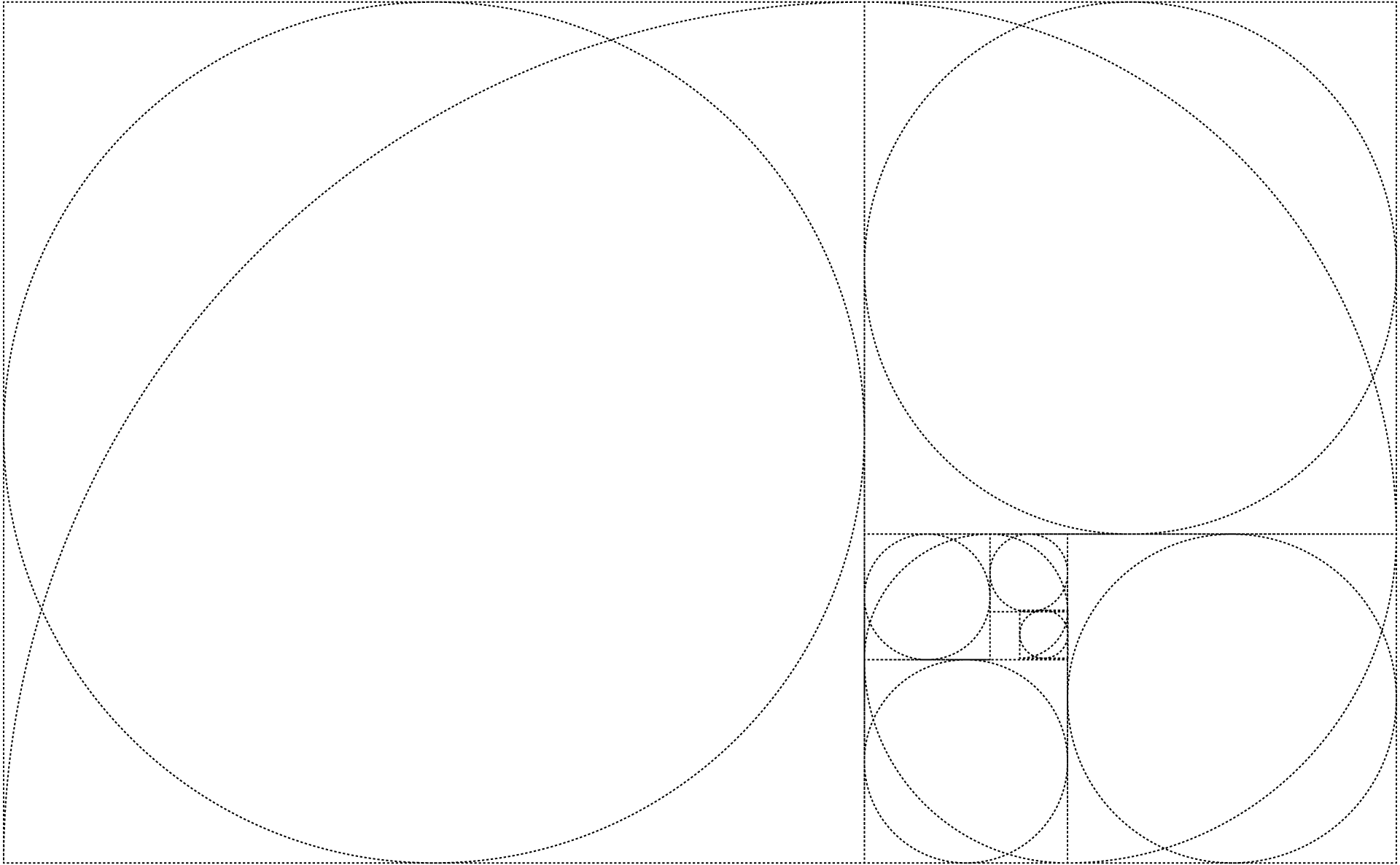 Not much is known about the old Greek philosophers with much certainty. Some of them decided not to write anything down, while most of the works of those that decided otherwise have been destroyed, distorted, or forged in times that followed. Pythagoras, for example, did not record any of his ideas, and neither did any of his contemporaries. Scholars today, however, generally accept at least one historical fact about him: an obsession with relationships between numbers.

Pythagoras and his school of followers detected special numerical relationships everywhere in nature. The whole world, they claimed, is essentially organised by numbers. Not just any numbers, but numbers that result from specific, harmonious relationships with other numbers. In other words, objects in nature relate to one another in terms of size, structure, and dimension, for a particular reason: because that relationship is necessary to establish harmony in nature. Whether we find a particular sensory experience pleasing or good, depends on the harmony between the components that constitute that experience.

They observed, for example, that strings of a different, but very particular, length and weight, produce harmonious sounds, while others, of differing ratios, don’t. Exactly half or double the length produces exactly an octave lower or higher. Exactly a fifth or a third of a string, produces a perfect fifth or third harmony. What is especially remarkable, is that whether or not we consider two sounds harmonious or discordant – that is, pleasing versus repulsive – can be explained by numerical ratios. Beauty, in other words, can be explained by (harmonious) numbers.

If you want it to look good, do the maths

If harmony defines the combination of sounds that we find pleasing, could the same be true for visual design? I believe it is: what we find aesthetically pleasing is defined by particular numerical relationships between the components of the design. It is an idea that is generally known as the Golden Ratio, the golden number, the golden proportion, or the divine proportion, and is usually represented as the Greek letter φ – 1:1.618. In typography, for example, this ratio can be applied to the relative scale of typeface in a text (“vertical rhythm”): the font size and the line height. Using a consistent typeface styling and vertical rhythm is necessary to create consistency, harmony and balance in text. So again, why we find a particular aesthetic experience – in this case a styled text – appealing, can be explained by numerical ratios.